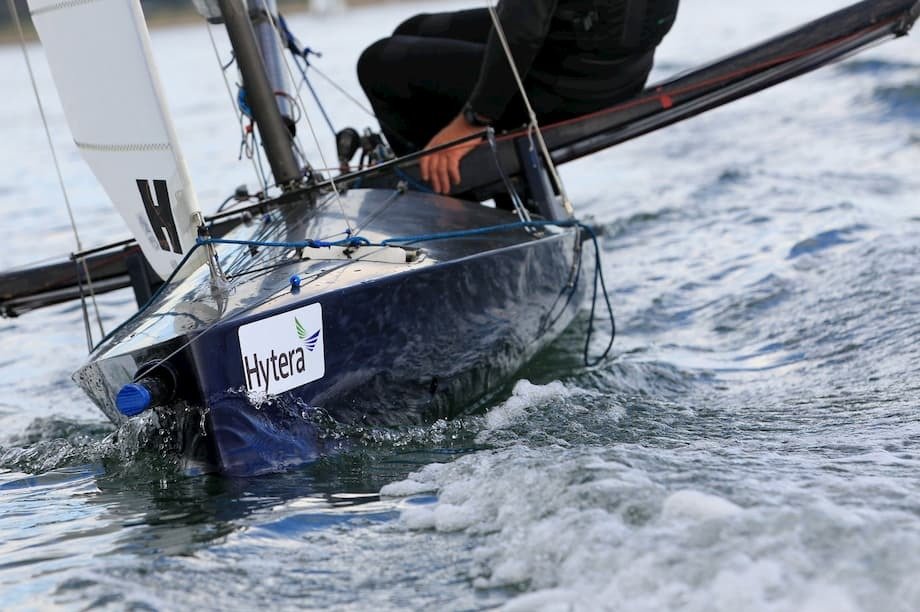 The event attracted competitors from all over the world for an epic week of sailing, with the winners medal being presented to Robin Wood GBR329 from the UK in a British Morrison2 designed and built boat. Robin wins for the third time over a 30 year period and it’s the first time the title has been won by a British team member since 2005. Silver medal position went to Chris Maas from the USA and Bronze to Alistair Warren.

The prestigious and historic New York Challenge Cup was also won by the British Team of Gareth Caldwell, Alistair Warren and Robin Wood.

The event was effectively run by Tony Marston of the British Canoeing SC who used Hytera DMR technology as a highly effective means of controlling the management of the onsite team consisting of up to 15 volunteers around the Plas Heli complex. From a single RD625 repeater, the entire site was run from the control centre using PD985 and X1p handheld radios, offering extended range to the beach team and the video and photography groups out at sea in RIBS, smoothly co-ordinating the event. 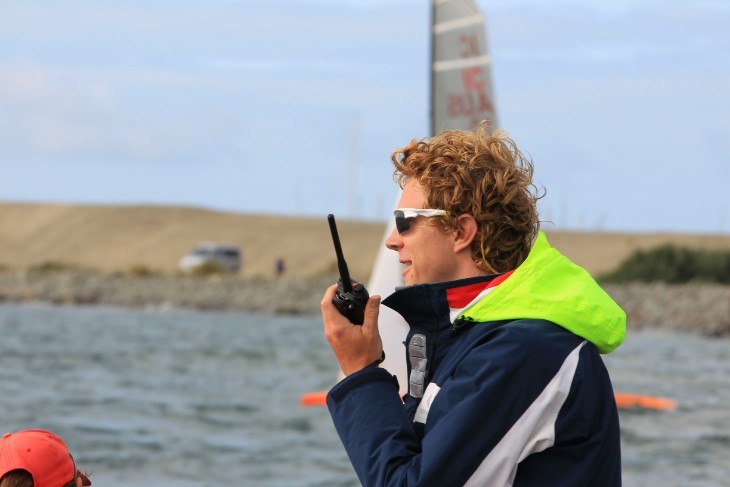 Tony comments, “the Hytera radios were very effective at optimising the use of our team of volunteers from just one site manager to ensure sailors were looked after both on the beach and around the complex. Effective communication was vital in helping us keep track of who was out at sea and identify those needing help to recover boats from the beach, especially as the tide dictated the recovery timing as the water disappeared quickly from the shallow beach. The waterproof radios' IP68 rating ensured that we had no issues with radios being lost or damaged in the salty and sandy conditions, and the clear audio was essential, handling the continuously high level of background noise from the wind and still allowing voice messages to be heard effectively.”

Hytera professional two-way radios were used throughout the event for the operational management, security and safety of the week long spectacle. A mixed fleet of Hytera PD985 and X1p DMR portables were used across the venue in VHF band to co-ordinate competitors and spectators, collaborating between land and sea. The operations team used PMR Products’ SafetyNet Locator system with GPS dispatcher to locate event staff for safety and effectively manage users around the site. 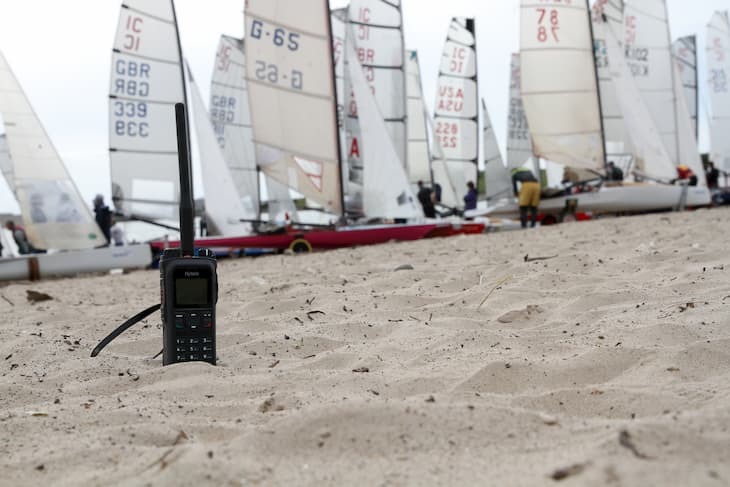 Phil Robin, chairman of the International Canoe Federation Sailing Committee in his final remarks commenting, “ On behalf of the International Canoe Federation and UK British Canoeing Sailing Committee, I would like to thank Hytera for this successful World Championships and for the wonderful exposure that the relationship had offered in spotlighting the event on the world stage.”

Visit the International Canoe Federation find out more about the sport and to get involved.