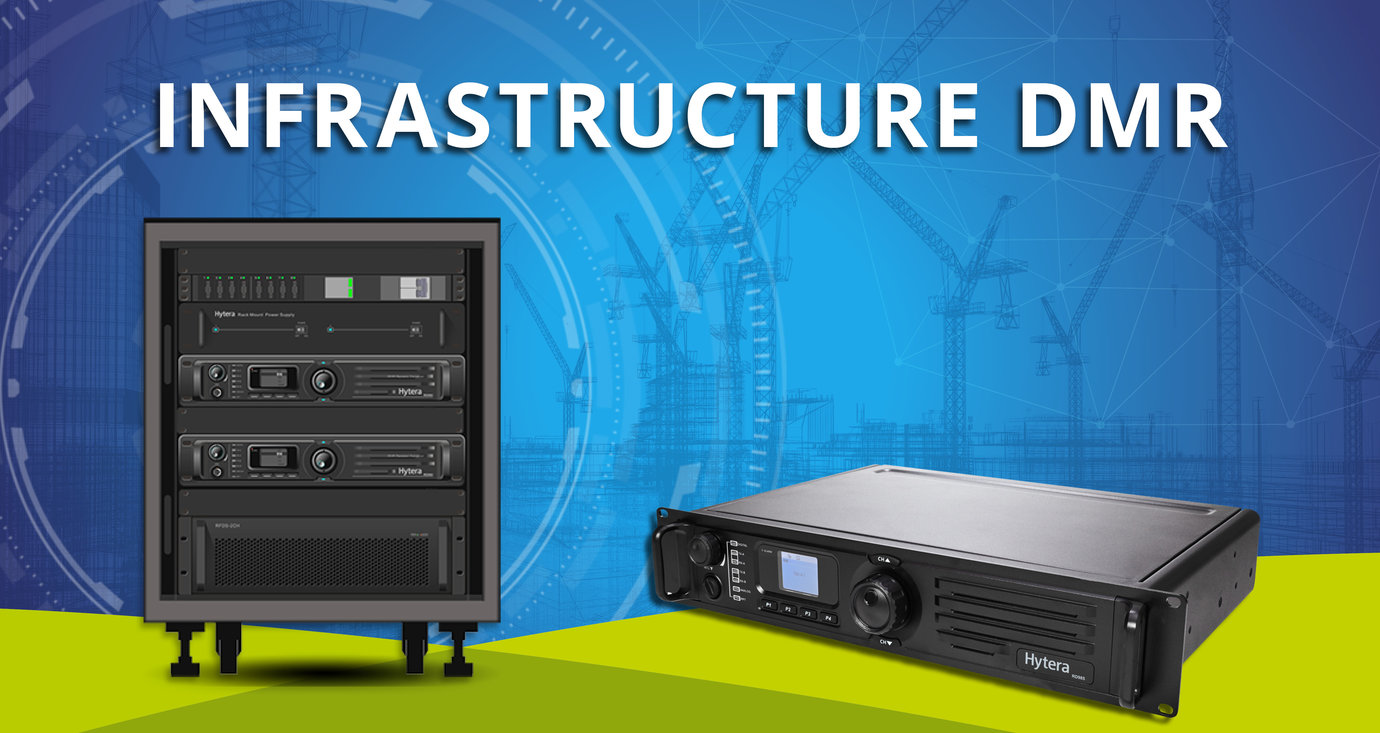 Repeaters or base stations are used in two-way radio networks to pick up transmissions from mobile and hand-held radios on one frequency and re-transmit them at a higher wattage on another frequency. They both receive and transmit signals at the same time to extend the radio coverage area over much wider distances.

A 5W portable radio, for example, is limited to a 7-mile coverage area at best before the curvature of the earth degrades the signal quality. Other factors which also attenuate the radio frequency quality include air, water, man-made structures and the geographic environment, such as mountains.

These factors usually mean the received signal strength is rarely as strong as the original transmission signal. Repeaters, usually sited in high places or on radio towers to avoid obstructions and maintain line of sight, help to overcome this signal loss by boosting the signal and propagating it over a wide area.

Repeaters are made up of a number of key components. The receiver picks up the incoming signal (the ‘input’ signal) from the radios. the transmitter boosts the received signal using power amplifiers (anything from 40-100 watts or more) and sends the signal on (the ‘output’ signal). The reception and transmission signals need to be separated, or isolated (known as ‘offset’) to avoid the repeater creating interference from its own signals.

Two-way radio systems usually deploy high-gain, high-endurance, bi-directional antennas to both transmit and receive signals. Depending on the topography, these are generally mounted at a considerable height above ground level to avoid any obstruction to the signal.

Another important element is the cabling, (known as feed line or transmission line) between the repeater/base station and the antenna. Coaxial cabling is often used instead of twin lead or ladder line cabling because it can be placed next to metal objects without causing interference. However, low loss aluminium cables provide less signal loss than coaxial ones.

A Duplexer is a 3-way device which provide isolation for the receiver from the high power transmitter, but connects both the transmitter and receiver to the same antenna.

Care needs to be taken in selecting the right filter to avoid the transmitter signal overwhelming the receiver signal. As the receiver and transmitter use different frequencies, they can operate using a single antenna.

Some tower sites may have many repeaters, especially in trunked networks. This limits the amount of space available for antennas. In which case, a combining system can be used. This usually involves separate receive and transmit antennas with the former mounted higher on the tower to avoid being overwhelmed by the transmitter.

Multicouplers are used to split the receive input signal, amplify it and then distribute it to the various repeaters. Filters called combiners are used to connect a number of transmitters to the same transmit antenna. Good quality equipment and installation is required to overcome potential interference issues.

Designed specifically to provide reliable radio coverage in buildings and large sites. The Hytera RD625 operates in digital or analogue mode to improve the range of communications.

The Hytera RD965 is the first digital/analogue repeater suitable for outdoor use. Compact and lightweight, the device can be deployed quickly and carried in a rucksack (optional), mounted on a wall or installed in an equipment rack. The RD965 can be battery operated and it’s IP67 rated.

For more information on Hytera DMR Tier II and III infrastructure head over to our repeaters, or contact an authorised Hytera partner to discuss your requirements.