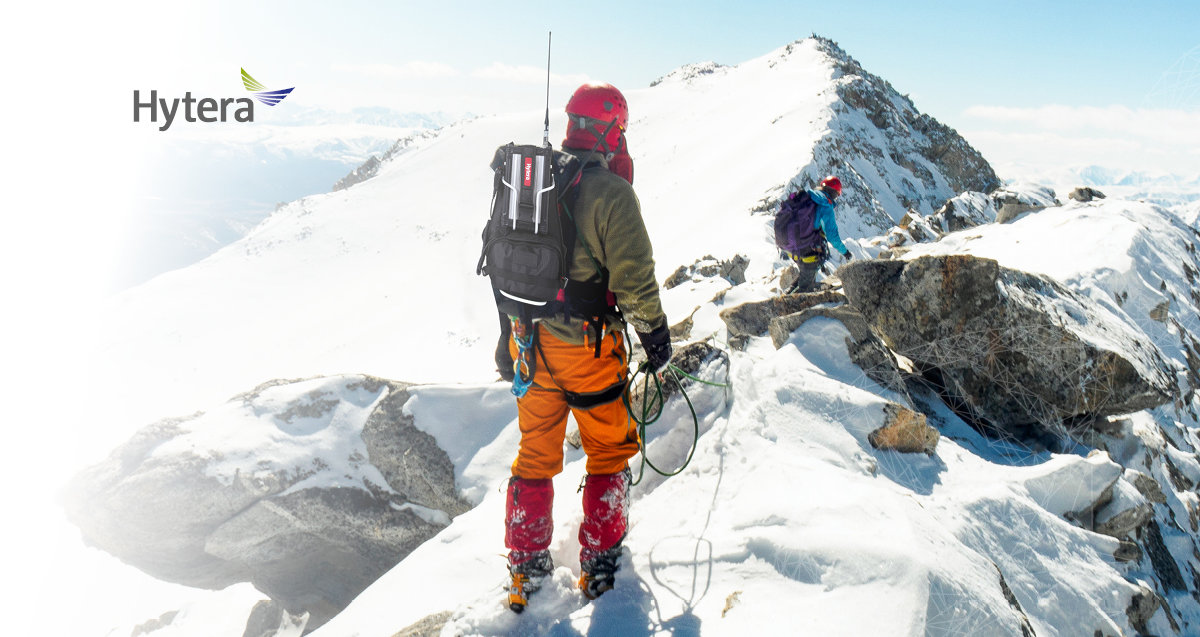 The ability to create ad hoc portable networks can be very useful especially in emergency situations where there is no network coverage. The simplest form of ad hoc network is to use the direct mode operation (DMO) built in to Digital Mobile Radio (DMR) portable equipment.

DMO allows radio users within range of each other to communicate directly radio to radio without going through any network. Alternatively, a repeater or gateway (usually mounted on a vehicle), a man-portable repeater or a duplex terminal such as the PD985 (which can be configured to be a repeater) not only enables users to communicate via DMO, but also to be linked back into the main network via the gateway/repeater. This way of using a repeater is sometimes referred to as Repeater Mode Operation (RMO).

Using DMO and a gateway/repeater is a good way to extend the existing network beyond its normal coverage area and still enable managers or dispatchers in the control room to stay in touch with radio users in the field.

Alternatively, a small man-portable or vehicle mounted DMR repeater can be used to create a closed, ad hoc network for use by radio users where there is no radio coverage available. This kind of solution is ideal for search and rescue teams, personnel working at isolated utility sites, first responders during disaster and rescue operations or for those working indoor, underground or in tunnels.

Hytera has developed a compact and lightweight RD965 digital/analogue repeater suitable for outdoor use. The device is just 52mm high and weighs less than 5kg, including the 10 Ah battery. The IP67 rated repeater can be deployed quickly and carried in a rucksack, or it can also be temporarily mounted on a wall or installed in an equipment rack.

The control panel provides indicators for the channel status, a button for channel settings and a connection for a hand microphone or a remote speaker microphone (optional) so you can use the repeater as a base station. The RD965 supports 16 channels with 10W output power and a 10 hours operating time from it’s internal battery. It can also be hooked onto a car battery for longer operations.

The GPS module enables location-based services via a separate antenna to improve accuracy and control. It also enables emergency control rooms to monitor the location of a small radio network in real time if the repeater is being used as a mobile unit and is within the main network coverage area.

The device also supports voice input and output simultaneously in digital mode which enables users to continuously record conversations if required, for example, in emergency situations. The ad hoc network can be linked back into a wider network or command and control rooms using portable satellite equipment for backhaul, or via a portable 4G LTE small cell providing a link to commercial 4G LTE networks.

However, portable repeaters are designed whereby the transmit frequencies and receiver frequencies have at least 5MHz separation to minimize interference. Most modern repeaters have good filter designs and will be generally immune to interference, as long as the frequencies are not spot on each other or they have at least 50kHz separations. Hytera has had specials request for backpack mobile repeaters, especially from third world countries that cannot afford the portable repeaters. In response to this, Hytera developed the PD665 backpack repeater carried in a RD965 rucksack along with larger batteries, so that military personnel in particular can maintain communications over vast terrain.

Hytera has also developed mobile broadband ad hoc communication solutions. These are designed to provide islands of 4G LTE coverage within a relatively localised area. The networks may be entirely discrete or if backhaul connections are available they can be integrated into larger permanent networks.

Hytera’s transportable LTE network comprises the Hytera LTE integrated base station (iBS) which incorporates the baseband unit (BBU), remote radio unit (RRU) and enhanced trunking core (eTC) into one compact unit weighing just 18kg. It can be set up in just five minutes using plug and play techniques to support upto 200 online users over a range of a few kilometres.

Up to four eNodeBs (LTE base stations) can be interconnected to provide wider coverage with an integrated radio access network (RAN) and LTE core for network and device management. The units are IP66 rated for water and dust resistance. The can be mounted on vehicles, poles or carried in a case. Gateways enable the LTE network to integrate with legacy LMR networks and PABX/PSTN telephony networks or with commercial cellular networks.

Hytera has also developed its iMesh broadband solution. A wireless mesh provides a kind of intelligent distributed network, which is self-organising, self-optimising and self-healing. It supports high throughput and capacity to provide a rapidly deployable 4G LTE network where there either is no workable existing network or to augment a network that does not have the necessary capacity and throughput.

The Hytera iMesh solution is designed to be portable and requires minimal setup. The network and its nodes automatically configure themselves. The solution requires no cables and no backhaul, instead relying purely on the wireless air interface between the nodes. It is able to provide high data throughput supporting voice, video and data to users in the field.

The iMesh enables flexible topologies to be created, including star, net, chain and random topology. The iMesh portfolio includes two nodes, the iMesh-3800V and the iMesh-3800P and the iCommand unit, which can be carried in a suitcase. The iMesh can operate in a number of different modes.

In CPE (customer premise equipment) mode a node can be connected to a commercial 3G/4G network to provide coverage extension into a dead signal area to provide emergency communications.

The iMesh solution can be deployed in a number of different scenarios and different configurations. A search and rescue team can set up a discrete temporary communications network using a vehicle-mounted iMesh-3800V unit. Search teams then disperse in different directions with one person per team carrying an iMesh-3800P unit. Voice, video and data can be relayed to and from the different teams via the iMesh units.

Another scenario might be if personnel need to communicate underground, such as within a mine where main network signals cannot penetrate. Mesh nodes can be set up on each level underground to enable personnel to communicate. The network can be linked to command and control centre either via a commercial LTE network or backhauled via satellite.

Frontline emergency services communications can also benefit from iMesh solutions. For example, firefighters at the scene of an incident can split into teams with each one equipped with a backpacked iMesh-3800P unit to enable inter-group communications.

The fire appliance vehicles act as interim command centres and form the mesh network with the group leaders and the emergency communication vehicle (ECV). The ECV transmits the video streams and recordings back to the command and control centre.