Arabian Amines Company (Aminat), 50/50 joint venture company by ZamilGroup (one of Saudi's largest conglomerate) and Huntmans (a well-known global manufacturer and marketer of commodity and differentiated chemicals), operates a world-scale ethyleneamines facility in Al-Jubail Industrial City, the heart of the petrochemical industry in Saudi Arabia. The plant capacity for the ethyleneamines is 27,215 MTPA.

About one year after Aminat's establishment, HCIS (part of Ministry of Interior, Kingdom of Saudi Arabia) issued new standards and regulations for the communication system of all the industrial project in Saudi Arabia, part of which are:

Hytera, together with its partner Zamiliis provided a one-stop solution for Aminat: the RD985S super repeater, the Hytera Dispatch System and intrinsically safe DMR ATEX portable radio PD795 Ex. Four of the existing six frequencies were chosen for the two RD985S, and four working groups (security, services, operation and maintenance) with one emergency group were programmed to the terminals according to different user's authority. A dedicated UPS was also provided. Besides the voice recording, Hytera Dispatch System provided with more functions and features than the HCIS requirement. The users wanted to use the new system so urgently, that the DMR terminals worked under direct mode during the installation of the repeater antenna system and later repeater mode. When the infrastructure installation was finished, a smooth migration was achieved. 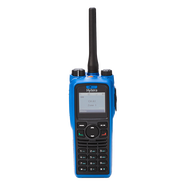 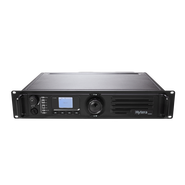