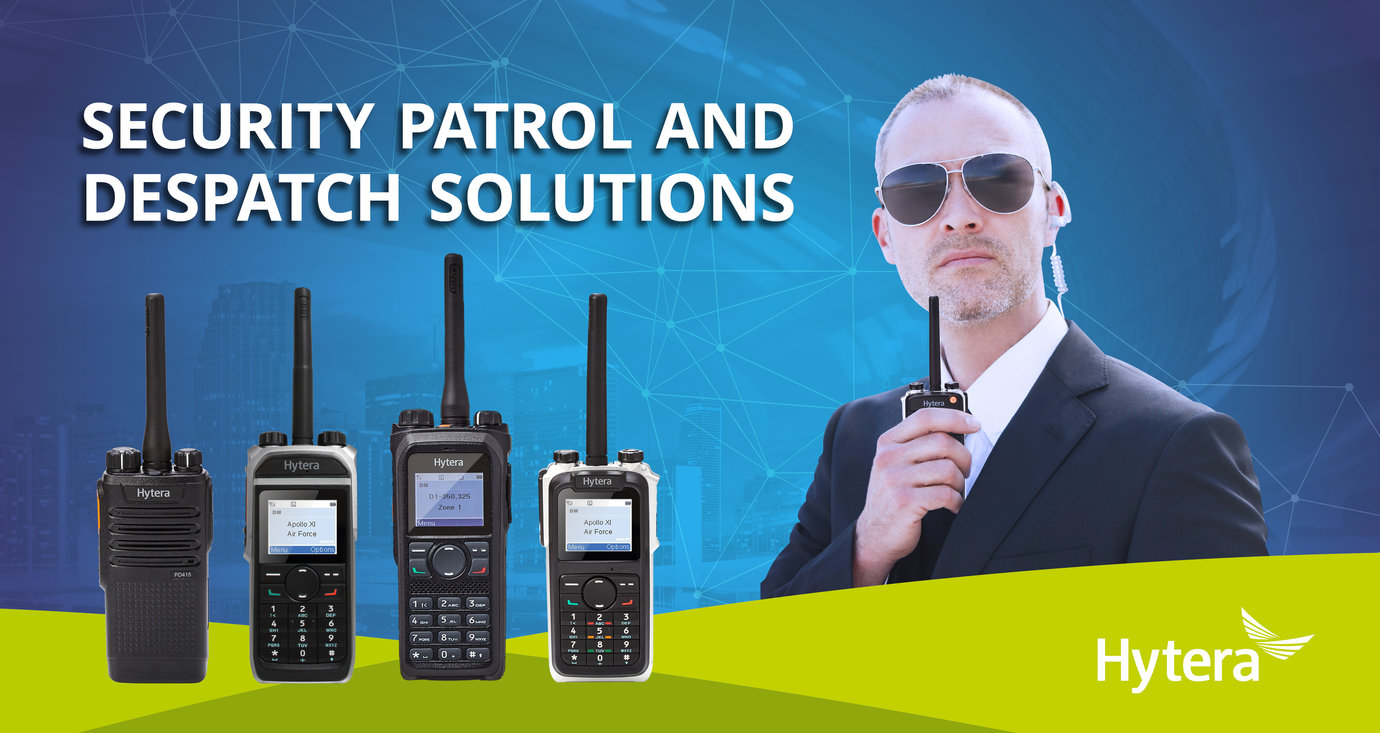 The advent of beacon technology has transformed location-based tracking and monitoring. There are a number of competing technologies on the market at the moment including active RFID, Wi-Fi, UWB, BLE (Bluetooth Low Energy) and Zigbee.

From the point of view of the private security industry beacons or tags can be very useful to track the location of security personnel on regular patrol or checkpoint duty. It provides a way to demonstrate that a guard was at a certain point of the patrol at a certain time.

But sometimes this means personnel have to carry an extra scanner or wand, badge or tag, as well as their radio. It may also involve the employer having to set up another monthly subscription to pay for the tracking service.

However, security organisations can save both time and money by converging the tagging system and the radio system into one single device using the Hytera Patrol Solution.

Hytera Patrol is designed to be simple, user-friendly and cost-efficient and it is not necessary to take out another monthly subscription. The solution is currently being deployed in shopping centres, campus facilities, leisure destinations and many other patrol sites.

The solution uses RFID tags and Hytera DMR radios , which is pre-installed with an integral RFID reader, to enable customers to monitor personnel and assets at all times. This helps to increase safety, security and the efficiency of the security guard patrol.

The RFID tags are made up of a patrol identification card (POA72) and a checkpoint (POA71). The checkpoints are installed in the location that needs to be safeguarded, along the intended patrol route.

The data acquired is transmitted from the radio to the Hytera patrol software, a programme which also provides mapping and route planning functionality to allow logs to be shown visually on site and building diagrams, along with user ID information.

All logs are recorded and can be subsequently analysed. A repeater or mobile radio (the MD785 or MD785G) can be used as a receiving station and the patrol system can also be connected via IP, which allows the patrol software and monitoring team to be located off-site. If data cannot be transferred to the monitoring centre due to a lack of coverage, the RFID radio allows the data to be transferred at a later time.

The administrator using the patrol software is able to manage all the information collected along the patrol, including the patrol personnel, checkpoints and patrol schedules. Routes and timetables can be created and adjusted using the software, which allows for flexible changes to routes, optimising them according to the changing workflow.

To help manage patrol routes and checkpoint locations, organisations can import their own site map (graphics file format) into the patrol software. Once imported, they can add special features via the menu, such as several floors of a building, to help track your operations.

Security teams generally need to make regular reports to a controller and they obviously need to send an alert, verbally or otherwise to someone in the event of an incident. Usually this will involve a controller at a dispatch console linked to the DMR network, capable of communicating to multiple members of staff, and who can deal with alarms, issue instructions and co-ordinate any response.

The Hytera SmartDispatch solution for DMR networks provides customers with a highly flexible and efficient tool for managing their radio system, including applications such as Hytera Patrol. The solution is not a single module, but comprises a number of components that can be put together to suit the size, topology and coverage requirements of the customer’s system.

SmartDispatch can be configured for a single-site system right up to a large, multi-site network. All configurations can be easily managed through a remote configuration tool. SmartDispatch supports a wide range of features and applications. There are too many of these to go into detail here, but there are a few key features worth highlighting in relation to the security industry.

The solution can handle all types of voice call with each dispatch console able to access up to eight voice dispatching channels. The SmartDispatch System server records and stores all DMR voice calls and PSTN/PABX voice calls, which the radio system can connect with via the SIP standard protocol.

GPS positioning enables dispatchers to obtain the location coordinates of staff from the built-in GPS module in the Hytera radio (available on request for some models). The information can be very useful in emergencies when dispatchers need to send help to the scene of an incident.

Geofencing is another feature that security firms and their customers may wish to implement. SmartDispatch can define regions on the map as working or restricted areas for a predefined set of radios. If the geofencing area is infringed by any of the predefined set of radios, an alarm will be activated in the control centre. An option to send a message to the subscriber unit is also available.

SmartDispatch handles all the different types of emergency alarms by acknowledging the alert and coordinating a response. Over the air programming is also available, along with full reporting and statistics, database backup and file recovery.

For more information on the Hytera Patrol and Dispatch solutions visit the Hytera DMR application page or contact an authorised Hytera Partner to discuss your requirement in more detail.