Besides water, it also produces 2 400 MW of electricity for the Eastern Province of Saudi Arabia. The plant is in the Ras Al Khair Industrial City, 75 kilometers north-west of Jubail.

The spectrum resources for the TETRA system in the Kingdom of Saudi Arabia is quite limited as the government plans to allocate the 380 MHz to 430 MHz frequencies bands to Public Security & Safety departments. When SWCC applied for the frequencies for their TETRA system to Communications and Information Technology Commission (CITC), they only got frequencies around 340 MHz among which no TETRA vendors had products in that band.

After a careful study of the customer demands, Hytera offered a tailored solution including Hytera ACCESSNET-T IP which features:

The Hytera PT790Ex works perfectly fine in the noisy environment inside the factory while providing the highest level of protection. The redundancy design of the TETRA system not only guards against faults, but also allows software upgrades to be performed online, thus improving planned as well as unplanned downtime, providing instant and reliable communication all the time. 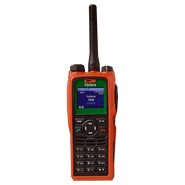 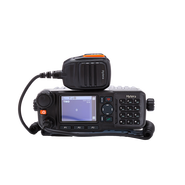