The centre had maintained two systems in parallel for many years. Firstly, an estate of analogue radios were being used across the centre by security & housekeeping teams. They were suffering from poor microphones and short battery life. The cost of repairs and new batteries was escalating as the radios approached the end of their shelf life.

Secondly, the centre used a separate patrol guard system with a set of electronic wands that were used by security and housekeeping to record their whereabouts during the day. These wands were also approaching the end of their term, and were beginning to wear out.

In late 2016, the shopping centre contacted ShopSafe (part of the RadioTechnologyGroup), a national Hytera dealer with offices in England and Scotland.

ShopSafe recommended replacing both systems with a singular system and proposed the Hytera PD415 digital radios with Patrol. This means that instead of using electronic wands to record their whereabouts, team members could use the radios themselves thanks to Hytera’s RFID tagging technology.

Security and Housekeeping teams have to record their whereabouts every 30 minutes using a list of locations. The new patrol guard system ensures that their location is registered but also that each interaction with a checkpoint is logged against an individual, which was not possible with the previous system. This information can be displayed on a stand-alone monitor in the control room which shows all checkpoint locations.

In partnership with the maintenance team, ShopSafe installed the system throughout the shopping centre and supported the teams by training them how to use their new radios.

Initial feedback is that the handsets are light, yet rugged, and are extremely user-friendly.

However, the biggest upside to the business is that they no longer have to maintain two independent systems. That brings about a cost saving, but more importantly, it means that individuals are tagged to the checkpoint location, adding a layer of data for due diligence purposes that they didn’t have before, as the tag and the radio go together.

This helps the centre demonstrate safety, and acts as a record for insurance purposes.

Voice of the Customer

“When we learned that we could roll two systems up into one, we were sold. We chose the system that delivered safety first, and with that we’ve improved our due diligence and record-keeping. The old system was creaking at the seams. Now we’ve got cost effective smaller, lighter and more user-friendly radios that do two jobs instead of one.”
Robert Winter, Shopping Centre Manager, Kingdom Shopping Centre 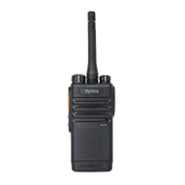 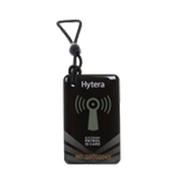